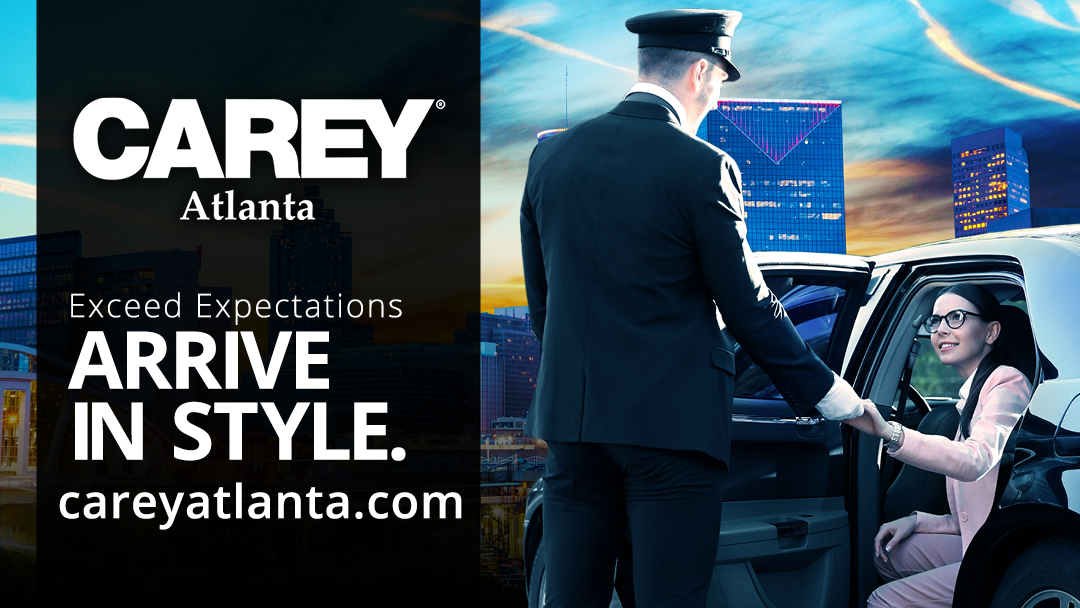 I used Carey Executive Limousine service from the airport to my brother’s home. The driver seemed confused about our arrival time and airline, despite it being given at the time of the reservation. He didn’t have visible identification and was sarcastic as I asked to see it as a Mom traveling alone with 2 children.It improved during the drive but I had to help with directions as his navigation was giving the wrong address. He became sarcastic again as we were trying to find the house. “Don’t you know what house it is?” It was dark and there are similar homes next to each other.I have used executive transportation in many cities and venues and this company is not of the same caliber as the rest. I gave them a 3 because the car was clean and we arrived safely.

Excellent service. This is my first time trying Carey, and I am more than pleased. The communication was seamless, the app was easy to use, and our driver, Michael, was very pleasant. He was also, very honest. I didnt realize the tip was already included and went to get some cash when he brought me home. At this point, he could have avoided telling me that it was already included but since he didnt, I gave him the extra cash anyway. Thank you! Will definitely use again. ⭐⭐⭐⭐

Nice company. i borrowed a limo here and i tried to go to the Wendys drive-thru across the street but unfortunately a WHITE WOMAN burned that place down so i didnt enjoy my limo ride as much since i was hungry

Driver was a true professional

Great Business, Great Service, the leadership is very nice to the neighborhood around it. The drivers are very rude and inconsiderate. I recently purchased a house in this neighborhood and one of the reasons why is because of how quiet it is. Careys Limo service holds their cars in a lot on the end of of our street. I never had any problems with them most of the drivers seemed pretty skilled and could maneuver through the 2 way street with ease.On two occasions, both at night, the mini-bus drivers could not get through. Instead of looking around the drivers honked their home. Which I get if you do not know whose car is parked on the side street. The first time, there were a couple of toots on the horn and the person came out and moved their car. The second time, I was having a get together and a section of my guests were outside and the front door was open due to the number of people. The driver, an older man pressed his horn for an incredibly rude amount of time and kept blowing his horn. I tried my best to identify whose car was blocking it, but it was hard over his horn blowing. Also, if he would of simply came to the door and asked for the owner of the home we could of easily organized the moving of the cars. Again, this was extremely rude and around 11PM at night. COMPLETELY UNPROFESSIONAL.As someone who uses car services constantly, I have decided to not use them and I have encouraged several of my coworkers to not use them due to this. If you put a business such as a car service in a neighborhood, you will have to realize that you may run into a neighbors guest parked on the street. Again, its not the owners, its the employees.

We had a great experience with our limo driver! He was very punctual and polite. He was a great driver as well. Definitely recommend!!

My driver, Jerry, was prompt with airport pickup. Car pristine. He was a very good driver and very familiar with route. Would request him again!

Our driver Adrian was great, on time and provided us with an exceptional driving experience. Highly recommended. Love Carey!

Great everything car was clean and driver was nice. Ask for William green the absolute best there is

I never used this service and in fact never will. I seen an electronic billboard ad adjacent to I-75 in Atlanta and it seriously offends me. This company uses discriminatory practices of calling certain individuals criminals without knowing all the facts. There ad says something like Criminals? Whos driving you? And they use fingerprinting. Its a proven fact that people with no criminal record commit the most crimes. I think everyone deserve second or even a tenth chance at life. They advertise scare tactics to get business without even knowing if a person has their civil rights restored and is working , and living a productive life style.

Carey Limo was a life saver. The airport had a power outage last Sunday and my flight sat on the tarmac for over 5 hours waiting to deplane. My driver, Mr. Austin, arrived on time at 2:30 pm. I texted that I had no idea how long it would take for us to get off the plane and that he could leave. He said he would wait until I got out; that company policy is to wait if the customer has landed. When we finally got off the plane, over 5 hours later, there were hundreds of people in line trying to get a cab or ride. I texted Mr. Austin. He said he was still there waiting to take me home. I walked out of the airport and there he was in the limo waiting area. He waited over 5 1/2 hours. Unbelievable customer support and service. Thank you Carey!

With Carey, I never have to worry about arriving at my destination on time! I highly recommend Carey Limo for all of your transportation needs in the Atlanta area.

Fantastic company with a wonderful team and services provided.

Excellent service, professional drivers, always on time, nice cars and all at a good rate. We wouldnt use anyone else.

A driver from this company hit our 1969 VWvw bus, the driver then gave us false insurance information, we have been trying to reach some one at their offices for over a week. These people know they gave fraudulent information and now they are trying to dodge the bill for the repairs needed. Bottom line: These people are butt nuggets

The best service ever