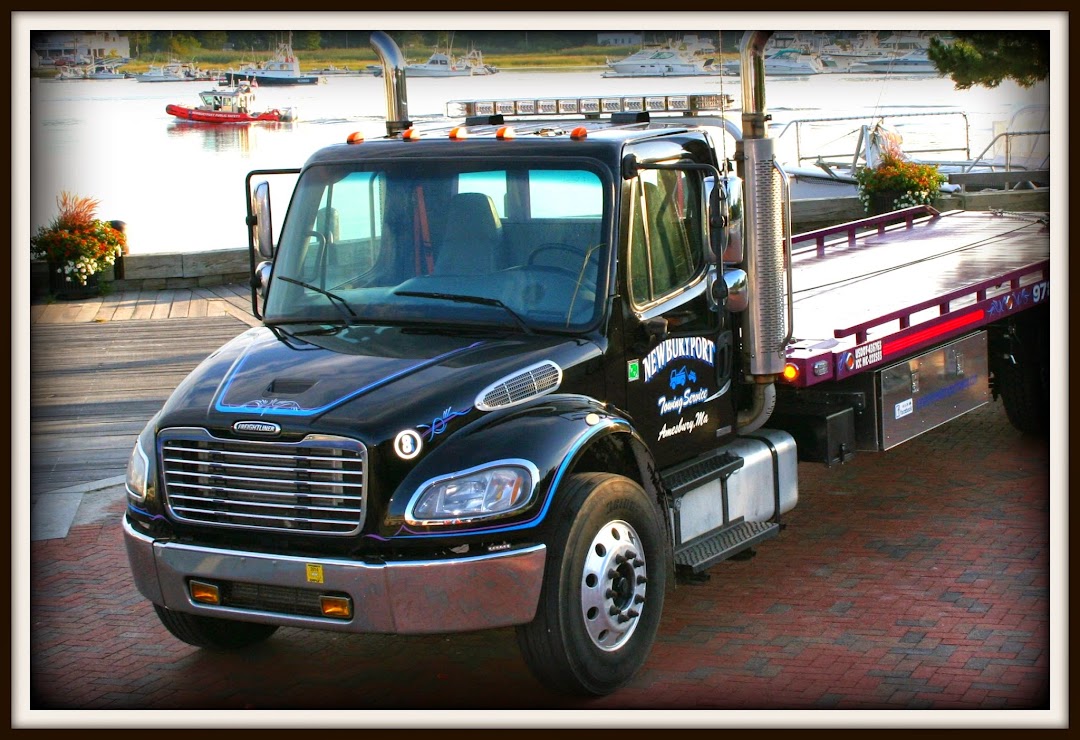 I had a project car that needed to be towed a short distance. The car has significant sentimental value, but still in mid project.. so it looked a little frightening. The gentleman quoted me a very reasonable price so I booked the tow. I could not be at the pick up location and was a little nervous that something would go wrong and my beloved automobile would be treated like a junker . Well it all went well. The tow driver came down the street and was clearly driving with care. He was able to put my vehicle in the exact right spot with out any issue at all (It was a tight fit to say the least). The tow driver was so kind, organized and exactly who you want to work with. I was really speechless of his skill and easygoing personality. Really couldnt be happier with the service, and would use them again for sure. Thanks again guys!

It was my first time having a vehicle towed and I had it towed 10 miles to a garage to be repaired. They charged $200 so if you do the math $200/10=$20 per mile. Dont think I can afford to use them again. They did show up quickly.

We have no record why does that not surprise me. Perfect example.

We got our forklift stuck in the wet grass off the driveway in the industrial park and I called and they were there within minutes when I was told 20 minutes (!) and got the truck out right away. I was very pleased. Excellent. Very friendly and great service. Our company will now use them for all our towing needs.

Car was towed and they broke the brake sensors in my car. Absolute hacks, no response when I reached out to them and terrible customer service. I would advise looking for another tow company if you don’t want damage to your vehicle.

These guys really helped me out last night. My car ended up stuck in a ditch. Newburyport Towing dispatched a truck to help me right away and were very careful not to damage my vehicle while handling it.Im very happy I called them. They arrived quickly and the service was reasonably priced. I would gladly use them again!!

I have used Newburyport towing numerous times. They are prompt, polite, professional, and courteous.The first time I used them was when my battery died and I needed a jump. My girlfriend called AAA and they said their AAS driver would be there in about 3 hours. I called these guys and they were at my car in 20 minutes. So much for AAA...but I was happier to pay these guys because they showed up in 20 minutes versus 3 hours.Ive also used them on two separate occasions to have them transport my Audi. It was having some transmission issues and I was in the middle of a move (a great time for car issues is when your packing and moving) so I called them to transport my car to my office where I could leave it until I figured out where to get it repaired. They showed up in the quoted time and were able to pickup the car with ease, despite the narrow road and difficult angle involved. A month or so later they did the same thing again from my office to my new garage at home. On time and while not cheap, their rates are very reasonable.I also used them on another occasion when my work truck got stuck in the mud. It was no easy task but they didnt shy away. They were able to drag it out through the mud and were great about the whole experience. I highly recommend them...no question!

I was stranded on the side of 95 with a flat tire and Newburyport Towing came to help me immediately. They showed up within 20 minutes of my call and changed my tire very quickly. The driver was fast, courteous and efficient. Thank you Newburyport Towing.

We have a small fleet of trucks. Newburyport towing has helped us in numerous ways. Wether it has been roadside service, heavy or light duty repair, general maintenance, towing and even fleet maintenance safety and advice they have been available for us. They are prompt, efficient, on time and have gone above and beyond for our company time and time again. Thank you Newburyport Towing for all you have done for us.

My motorcycle had a mechanical failure and I was left stranded by the side of the road in Newbury. The towing company that my insurance company dispatched had terrible reviews and was taking over an hour to get to me while they were in Pelham, NH. I cancelled the request for a tow truck with my insurance company. Mark answered my phone call at Newburyport Towing and he was very polite and professional. He came by 20-25 minutes later, loaded my motorcycle as it was getting dark (no street lights on the country road) making sure not to damage it and delivered it to my dealership on Beverly. I cannot speak highly enough of Mark and his outstanding customer service skills. I would defintely recommend Newburyport Towing to anyone who needs their services.

Absolute professionals. I dealt with Wally in dispatch and he was professional and straightforward and I got everything I wanted. Heck. The actual towing guy hasnt even shown up and Im writing a review about the service. Im sure itll continue in the same vein.

I was in a terrible accident on Tuesday a.m. and my car was clearly totaled and I was lucky to get out on my own. I was asked to stay clear of my car as it was leaking fluid. I vacated without my wallet or phone. When Newburyport Towing came they assured me that they would get them out for me. The nice man handed them to me and I was very relieved.Ive now been back twice to remove all contents and both times, the men and woman there were kind and helpful. It was such a bad memory to even get into my car with airbags all deflated and the wreck, but the nice young man yesterday helped get everything out for me. I am happy to say that in the worst of circumstances they were kind, reassuring and helpful.

I was at first worried about calling Newburyport Towing Services based on their reviews. In the end, I am very glad I did. My toyota shut its engine off while going on 95, which naturally freaked me out. Even with my frazzledness, the man over the phone was very kind to me and was completely forthright with what it would cost me, which I really appreciated. Tow truck came as expected and Mitch was honestly great. Made sure I was safe in his truck before even beginning to look at the car. The whole time he was very nice and friendly. I would honestly recommend this company to anyone.

Worst experience ever. I am a college student, my father came from Maine to pick me up. In the middle of the road, there was an issue with the car and it stopped on traffic. The police officer (proof that police officers are not the smartest people) forced us to get our car towed by this company. And I kid you not, they towed our car not even 2 miles away, and they took $120 for that short distance. Maybe because I am Muslim and he took advantage of me because I dont know the law in their state. But this is ridiculous and I hope God has his way with this company. Definitely do not recommend. AAA towed our car to Portland, Maine for $270. This company is a scam.

Nice to know when youre in a stressful situation you can count on a business like Newburyport Towing! Walter to the rescue! Professional, courteous and prompt. What more could you want?

They helped me move my classic truck from an over the road transporter to my house. Extremely patient in dealing with the difficult transport driver and extracted the truck without issue. They delivered to my house and Mark helped me push the truck into the garage. I couldnt have asked for better service at a more reasonable price.

DO NOT USE THIS TOW SERVICE EXCEPT FOR LAST RESORT. This company with rob you with their crazy prices while being extremely rude and disrespectful. I work at a body shop right off of bridge road Salisbury and we had a customer that unfourtunayely crashed their car right after we fixed it and gave it back to them. We went down to the accident right at the newburyport bridge just to check on things and it is a good thing we did that. The owner Wally had the audacity to lie to the customer and say they couldnt tow it back to our shop and that they were out of luck. when she said she wanted it towed to our shop. He gave us a bunch of attitude and was a total douchbag the whole time because we called him out on bad behaviour. Now I know newburyport is an expensive area but the tough guy Wally slapped us with an unbelievable price tag for not even a3 mile tow..... Not impressed.

Worst rip-off I have ever seen. and absolutely no sense of honesty what-so-ever.

My favorite auto repair place around.

Do not have them tow anything!!!!!